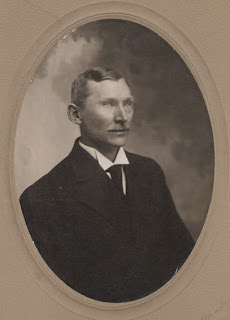 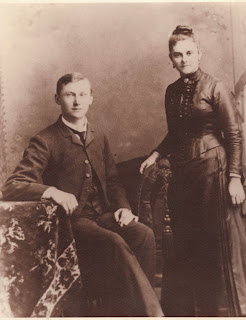 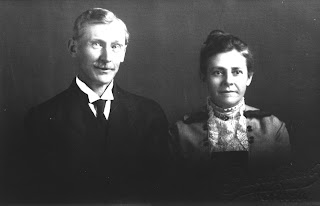 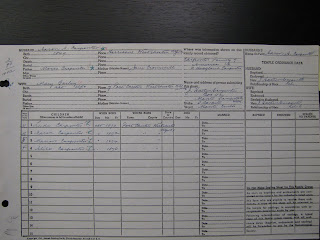 So, although his genealogy work is a derivative source, we’ve decided to digitize those family group sheets into a computer program. We’ve done this for several reasons that are outlined on the website here. Derivative sources are valuable if:
One of my cousins actually thinks he went wrong just a couple of generations up, but he may be looking at sources my grandfather never saw, or my grandfather may have been looking at sources unavailable to my cousin now. We have to digest his work to be able to tell.
So this fall, I asked my 10 year old daughter, 13 year old son and 15 year old son if we could try to digitize one of the volumes of my great-grandfather’s genealogy work for my parents for Christmas. As I said earlier, it’s been a slow start. But stay tuned—I’m still working on them.
Posted by Janet Hovorka at 6:48 AM 2 comments:

Warning: A bit long, but very real :)
Ok. So I have a REAL confession to make. (and then I’m going to fix it.) Let me start at the beginning of the story.

As school was starting this year, a family crisis came to fruition. The kid’s school has gone to a BYOD (Bring your own device) school. They are doing all sorts of wonderful things with computers/ipads/smart phones in the classrooms. They warned us that this was going to happen so both of my sons worked for our company this summer and earned the money for their own laptops. I was so proud of them and their hard work—until the laptops came. Then we had a problem. I could not surgically remove their faces from those computer screens. Throughout August we had several conflicts over wanting them to “get a life”

During this period, I remembered Tom Underhill’s book *Hyperstimulation* and I went back to that book for help. Then—at the perfect time, Tom came out to the UGA conference and, bless his heart, he let me corner him for a counseling session. After talking to him quite a bit at the conference, it came very clear that my boys were only following their parent’s examples. Yes, we were working 24/7 with our computers surgically attached to our faces—but we were earning a living. We love what we do and it’s easy to be completely obsessed with it. Well, Tom helped me realize that the kids didn’t really distinguish between us working and what they were doing on their computers. And he led me to the realization that I was expecting them to get a life off the computer, when I didn’t have one. I had to walk the walk.

So we made some changes in the Hovorka household. Throughout September, we’ve reorganized and set limits. We had already done some more hiring at Family ChartMasters so I was able to step back a little more and try to have a life. It’s been really good for all of us. You have to have some balance. I’m still obsessed with our company and genealogy, but I’m doing it in a more healthy way.

So here’s the part that gets interesting:
A couple of weeks ago we decided we would work on a digitization family history present for my parents for Christmas. The kids were all on board because they love my parents and they knew that they would really love this gift. Last weekend we got them started. We loaded genealogy software on their computers and hooked my computer up to the projector and showed the kids how to proceed with this project. In just a short time they were dragging. Dragging, dragging, dragging.

And I started thinking:
I have lectured all over the country about how to involve your children in their family history. I have a great example of that in my mother—she eventually got me even though I wasn’t interested to start with. And I’ve done lots of family history activities with my kids—when they were younger. I was a great genealogist when they were younger. But then I started a genealogy company. And as I’ve said many times, the worst thing you can do for your own genealogy is start a genealogy company. I have spent lots of time with other people’s genealogy but a lot less time with my own in the last 8 years. And the kids have watched that. And followed our path.

So I had some great talks with my 15 year old son this last week—if I could get him interested in family history it would be so good for him. And I would probably let him have a lot more time on the computer. As I’ve talked about before, I honestly believe family history will save the world—it is so good to know where you are from. And it is so so good for children, and especially through those rough teenage years to know the inspiring examples of those who came before. (And as I’ve said time and time again, if you don’t have someone inspiring in your family history, you just haven’t done enough family history yet.) My 15 year old is perfect for genealogy. He is bright and curious and he’s really good on the computer and the internet. He’s a bit more scientifically minded than historically minded but I know he’d love it if I could get him started.

So I have to walk the walk. Kim and I have been talking about how to get them going. I’ve got several ideas in mind. I’m going to give him his own copy of my genealogy database and let him go at it, but walk along with him on that, we’ve got this digitization project for Christmas, and I might start taking them back to the library. Stay tuned. This might get to be quite the reality show.
Posted by Janet Hovorka at 2:06 PM 6 comments: