My Great Great Grandfather started over again and again in his lifetime.  He had unexpected things happen that changed his financial situation many times but every time he picked himself up and started over.  He is a great example of economic resilience that we can look to now in times of economic uncertainty.  In fact, I find some comfort in the fact that he survived much, much more than anything I will have to now.  Family ChartMasters is doing very well considering the challenges the world is having and we are feeling very blessed for that. All of our employees have easily transitioned to working from home and we are keeping in touch with the tech tools my Great Great Grandfather never could have imagined.  It is amazing to imagine what he would have thought of our company today, and I'm hopeful that I have his grit and strength for whatever comes. 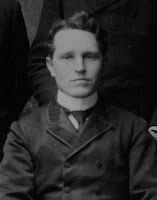 When Gaskell Romney was married in 1895, he and his wife Anna Amelia Pratt lived in Northern Mexico, descendants of pioneers who had survived many challenges to eek out a living in the desert.  After they were married, they built a beautiful farm and became very prosperous with good livestock and a thriving door factory and lumber yard.  They had a two story brick home with lovely landscaping, bountiful fruit trees and Gaskell was a leader in the community.  All this came to an end when the family had to flee with little more than the clothes on their backs from the Mexican revolution led by Pancho Villa.

Gaskell took his building skills to Los Angeles for a while, but after two years of work with little to show for it, he longed to raise his family in a more rural setting.  So he and his brother moved their families to Idaho and bought a small potato farm in 1913.  The families worked hard to maintain the farm but with the economic effects of WWI, they were unable to make a go of it.  After two years of hard work, they decided to move their family south to Salt Lake City. 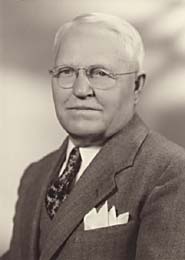 Arriving in Salt Lake bankrupt and in debt, Gaskell again started over building houses.  He worked hard and it took him twelve years to pay off all of the Idaho debts.  They returned to Rexburg, Idaho for a few years and prospered building homes until everything changed again in 1921 when the price of farm goods collapsed and the housing market followed. Gaskell found himself bankrupt for the fourth time.

The summer of 1921 saw the family move back to Salt Lake City. Once again Gaskell put his architectural and building skills to work with the help of his sons.  Within 7 years he would lose Anna and two of his sons to tragic, unexpected deaths.

Gaskell's son George Romney wrote: Even though Father was driven out of Mexico penniless, with a large family to support, went broke in  Oakley, Idaho, and later Rexburg, Idaho, and then again in Salt Lake during the great Depression he never became bitter. Furthermore, he didn't make me feel poor. He never took out bankruptcy, which he could have done several times. He and his son, Maurice, eventually paid off all his creditors.

His daughter Meryl likewise said she “never felt we were hard up. Our breakfast table in the tiny kitchen was a card table. Our two other homes had had attractive breakfast rooms. Mealtime was always a happy time for there was given love and spiritual uplift for meeting the day's encounters. We never felt poor or deprived. Daddy's great love, humor and concern were in abundance."

According to all accounts, he maintained a calm and gentle personality throughout his life.  He lived with a great inner peace that he attributed to his daily conversations with God.  His great courage,  common sense and integrity are a great lesson of resilience in the face of economic reversals.


I've been reading the history my mother wrote about Nama again with adult eyes.  Eyes who have been through alot more of life's messiness than the last time I approached her story.  I remember my mother interviewing Nama for this history on her porch when I was probably about 8 years old.  I was mesmerized with Nama's story telling and the amazing life she had.  But I never saw the depth of what she went through until recently.

Last week, my mother and I took a little trip to see the houses where this part of my family history played out.  This house in particular was so moving to me. 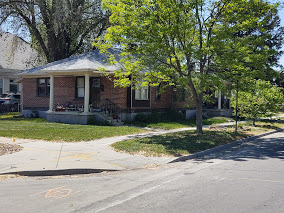 I don't know who lives there now, so I'm not going to record the address here, but it is in our family records.  It was here that Nama lived with two young children, Eila and baby Doug, when her husband Douglas left for a business trip to Colorado.  On that business trip, Douglas died of a burst appendix.  Nama was able to get to him in Colorado and say goodbye, but when she returned to this house, she was a widow at the young age of 26.  That event forever changed the course of our family.  Douglas was the great love of Nama's life, a faithful father and industrious community member.  He had saved $10,000 in a little canister in this house, and left Nama all of the information on his insurance and accounts when he died in the spring of 1928.  They had paid off the house and a car.  One would think this young widow was set, but Nama didn't know how to make it through the pain.

Douglas had two funerals and the whole community mourned for a life cut short, a young widow and her two children who were not old enough to remember their father.

What I never noticed in her history, before now, was that when she came home, both her father and her father-in-law promptly borrowed $2000 each from this young widow to help with their own dire straits and never paid her back. She was unable to go back home and have her parent's help and her mother was a week away by letter. Her Mother-in-Law whom she had adored had died shortly before and Nama didn't get along with her new Step-Mother-in-Law. No one wanted her to go to work because mothers just didn't do that in those days.  And she had no support when she decided to go to business school.  She had a friend who helped with babysitting. But for the most part she was on her own as she navigated how to move on with life and especially the grief she had for her fatherless children.

When Gifford Talbot, her second husband came along, it seemed that he could help her get out of all the problems she was dealing with. Beyond all the other issues she faced, she also had the husband of one of her friends trying to marry her.  She said in her history that "I would have never married him in this world or the next, I don't think." But she married him after only knowing him for three weeks.  Her step mother-in-law fainted when she told her, and she only told her parents afterward.  He was good to her and her children and my grandmother adored her step-father.

Gifford and Nama were planning to move to Phoenix in 1946.  Gifford went ahead and moved for work and bought a house in preparation for Nama to follow.  This time, the president and vice president of the company showed up on her doorstep to inform Nama that Gifford had unexpectedly passed away.  At age 44 she was instantly a widow again.

My mother said that she remembers Nama always saying that she "needed a Miltown." Nama was always anxious that something else hard was coming her way and I really understand why.  When you go through something so shattering, out of your control and unexpected at a young age, it gives you an unsettling fear about what is coming around the corner.  I have a similar fear from similar circumstances but I'm working to deal with that in more constructive ways.  I also am thankful for more of a support system than Nama had.  She went on to have a happy life and worked through everything to be wildly successful in business.  I'm working on creating that strength too.
Posted by Janet Hovorka at 6:12 PM No comments: 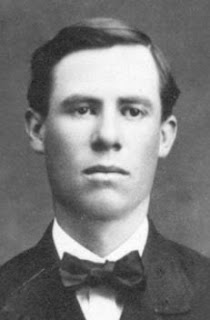 This is my paternal great - grandfather and great - grandmother. Their names are Benjamin Butler Wallace and Rosa Olive Owen. They met and married in 1916. They had seven children, six boys and one girl. They had a family farm, and a daily milk route. They did not have much by worldly standards as they raised their kids. Despite not having much, Benjamin always thought with his heart and made sure to do everything in his power to make sure that his children were given everything they needed and that his wife was treated like a queen. These two individuals showed their children that with hard work, love and faith you can not only survive, but you can be the difference in other people’s lives. 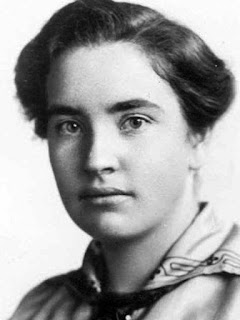 During the Great Depression, their dairy operations continued, but not all of their customers were able to pay. My great-grandfather knew that even though some of the folks on his route couldn’t pay (and they couldn’t necessarily afford for people not to), the milk that he was delivering was a necessary part of their diets. So he continued to deliver and told them not to worry about paying until they could afford it. He also allowed for the trade of goods or services and payment during these hard times.
My great - grandmother, Rosa, had a motto, “Use it up, wear it out, make it do, or do without.” This is a motto that was definitely lived by. My great-aunt, their daughter, Dorothy, recounted in her memories a great example of this. “When I was four years old, Mom made me a dress out of her old one on her treadle sewing machine. (She mentioned this in her diary.) If something could be used again, or for something else, it was accomplished. Mom even ironed the Christmas wrapping paper that had been used so it could be used the next Christmas. During the War, flour bags were made of material printed with attractive designs. I remember how excited I was when Mother made me a dress from one!”
Learning more about my ancestors, constantly gives me a greater appreciation for the sacrifices they made and for the life that I have.