The Loss of my husband and our founder. Kim Craig Hovorka 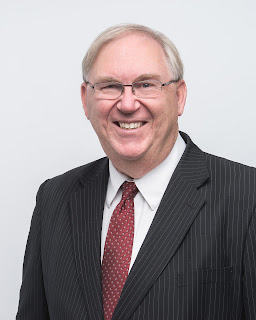 Kim Craig Hovorka, the eldest son of John Thomas Hovorka Jr. and Marlene Beverley Anderson, was born on December 9th , 1955 in Wisconsin Rapids, Wisconsin. For 65 years his vibrant sense of humor and impeccable integrity brought light into the lives of many. He passed from this life peacefully on the morning of Thursday, June 24th, 2021.

Kim enjoyed an unrestrained, nature filled childhood in Adams-Friendship, Wisconsin, and along the shores of Castle Rock Lake. He and his two younger brothers spent many happy days exploring the secret pond that everyone knew about and bringing fish and squirrels home for their grandmother to cook. It’s amazing they survived the adventures they had.

As a young man, Kim left Wisconsin to pursue his education at Ricks College in Idaho. He completed his education with a bachelor's degree in Computer Science from Weber State in Utah. He has been a resident of Cedar Hills the last 23 years of his life.

Kim was a hard worker and a perpetually service-oriented individual. He served faithfully in many capacities in the Church of Jesus Christ of Latter-day Saints throughout his life, including as a full-time missionary in the Philadelphia/Harrisburg Pennsylvania Mission. He had an unassuming, authentic faith and lived without guile. Throughout his life, people could always count on Kim to do what he said he would do and fulfill his responsibilities to the best of his ability.

Kim married his wife, Janet Carpenter, in the Jordan River Temple in 1994. Together they raised three children. Through the ups and downs of life, Kim was always even tempered and was rarely upset. His children were the center of his life and he was a faithful father. Kim worked constantly to take care of his family in big and small ways and was endlessly patient with all of Janet’s big plans. He was the foundation of the family; they could always trust him. He and Janet loved being together even if it was just running errands or working on projects around the house.

In 2004, Kim and Janet started a successful business helping others preserve and display their family history. Kim found many friends in the genealogy industry who enjoyed his huge smile and his quick wit. He was better than anyone in the world at printing large charts from any kind of genealogy. His legacy will be found in the charts he produced that are enjoyed by families all around the globe.

Kim would be surprised at the outpouring of love he and his family received at his passing. He never believed he was as wonderful as everyone else knew he was. He was modest to a fault. Janet told him he was loved every day, and she feels blessed that he was loved so completely by so many others.

Kim was a firm believer and lifelong follower of the gospel of Jesus Christ. He patterned his life after the Savior’s and accomplished what he came into this life to do.

Kim is survived by his wife, Janet, and three children – Alexis, Matthew and Rachel, as well as his brothers Dana (Ann) Hovorka and Todd (Cheryl) Hovorka. His parents predeceased him. The family is very grateful for the excellent care they received in the cardiac unit and ICU at Mountain Point Hospital. Viewings will be held at the Warenski Funeral Home at 1776 N 900 E, American Fork on Thursday, July 1st from 6 to 8 pm and again at the Church of Jesus Christ of Latter-day Saints at 4425 W Cedar Hills Dr, Cedar Hills, from 9:30 to 10:30 Friday morning. Funeral services will follow at 11:00 at the church on Cedar Hills Drive with live streaming. Burial will take place at Wasatch Lawn Memorial Park in Salt Lake City, Utah.

Posted by Janet Hovorka at 9:51 PM No comments: