Trefusis part 6--The Archives (And she scores!) 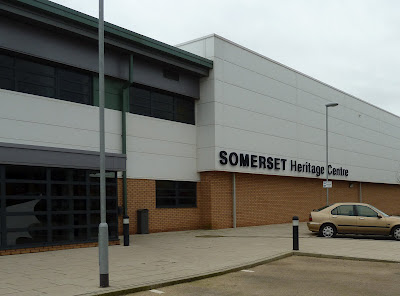 So just outside of Taunton, between the city there and our little town of Bradford on Tone lies the beautiful new Somerset Heritage Centre where the archives for Somerset are held. I had no idea what a huge find I was going to make there. 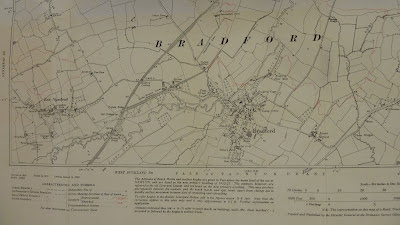 We started out in the maps, confirming what I knew about the parish and where our Trefusis farm is. 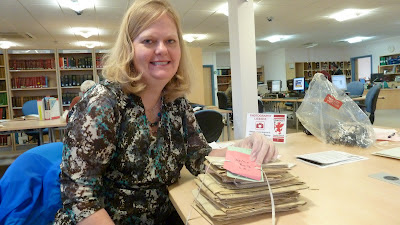 And then I got my hands on this... A stack of records on the Carpenters in Bradford. There were so many other documents to look at, but I'm so glad we got to work on this one. This was a stack of gold. 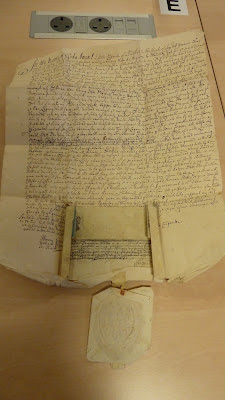 In it was the will of my 9th Great Grandfather John Carpenter. It was a beautiful document with an amazing wax seal attached to the bottom of it. It reads:

In the name of God Amen. I John Carpenter of Bradford in the County of Somerset Yeoman, being weak of body but of sound and perfect mind and memory, thanks be given to almighty God for the same do make and ordain this my last will and testament in manner and form following (That is to Say), I recommend my soul into the hands of the Almighty God and my body I commit to the earth to be decently interred according to the discretion of my executor herein after named, and as for such worldly estate as it has pleased God to bestow upon me I go give and bequeath the same in manner following Item I do give desire and bequeath unto my dear and loving wife Sarah the sum of one hundred and twenty pounds lawful money of Great Britain ..... 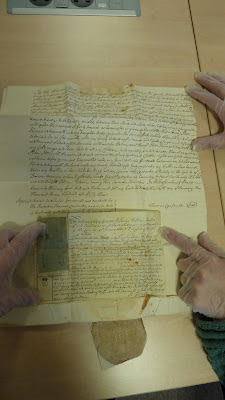 And then there was the will for his son Thomas Carpenter my 8th Great Grandfather. Again it was beautiful. Here is the text:

In the name of God Amen. I Thomas Carpenter of Bradford in the County of Somerset Yeoman being Sick of and weak of Body but of sound and perfect mind and memory, called to mind their mortality of my Flesh and willing to settle what it hath pleased God to bestow upon me in this world do make and ordain this my last will and Testament in manner and form following--thats to say I will that my Debts and Funeral finances be first satisfied and paid. Item I give and desire and bequeath unto my four sons--Nicholas Carpenter, John Carpenter, Thomas Carpenter and my son unbaptized (Intended and deigned to be called and named Robert Carpenter) .....

Then further into the bundle I found several of these bills of sale where Jane and her children sold off parts of the land. They were beautiful huge documents with all of their signatures and wax seals. 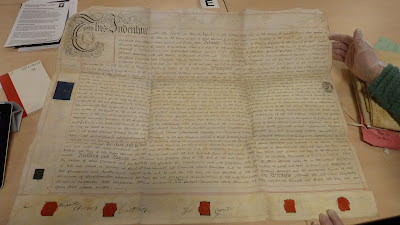 The signature of my 7th great-Grandfather John Carpenter, Jane and Thomas' son. 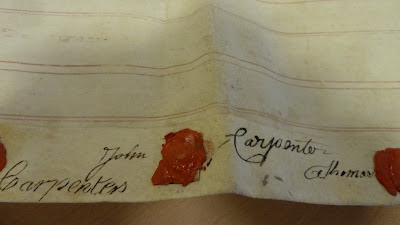 And my 8th Great-Grandmother Jane's signature and seal. 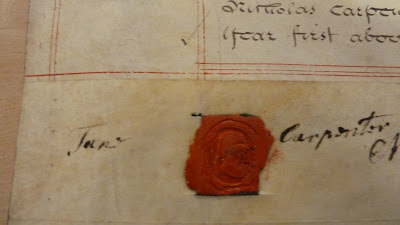 Can you believe it? Unreal. I had no idea I was going to walk into this treasure trove. And I had only a few hours to research and photograph as much as I could. As you probably noticed--there are some different name places in there. And none of them mention Trefusis. Apparently Trefusis comes in later down the line as a part of the lands that were passed down to my line. So I have alot more research to do. Below is a map showing the land ownership of the area from 1802 when some lands changed hands. And I bought a book about how to trace the ownership of land in this archive. I'm going to do as much work as I can from home and then we are going to have to go back. Don't you think? 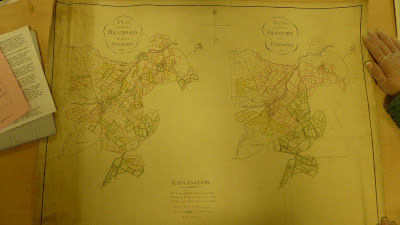 It's only just whet my appetite. I can't wait to drive on the left side of the road and risk my life again. :) Genealogy happy dance, hum along with me now do do de dah de dah de dah. Whoohoo!
Posted by Janet Hovorka at 6:19 PM

Great post! It's always nice to read a success story! Thanks for sharing.

Oh goodness - those document are wonderful! It's hard to even wrap my mind around how old they are. What a great find - thanks for sharing your whole journey with us. :-)

Amazing! Those seals are very cool. Lucky you!!