What we did over summer vacation: Our own family get togethers

Besides printing lots and lots of family reunion charts for other families, we got to go to a couple of our own family reunions this summer.

He immigrated from England in 1886 via Australia and settled in Utah. He married my great-grandmother Matilda S. Alder June 12, 1889. He was a banker who spoke French, German, Spanish and Greek and kept a journal that he wrote in most every day of his life--a collection of 34 volumes until he died at the age of 103. It is probably from him that I have the family history gene. He wrote back and forth to England and Switzerland (his wife's lines) and collected records for 40,177 people who he pieced together without the aid of computers or even copy machines. We have 18 books of his genealogy work that as a family we are working together to digitize. He was a member of the National Genealogical Society, a Fellow of the Institute of American Genealogy, a 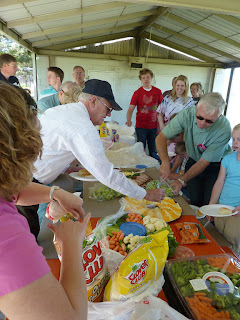 member of the Society of Genealogists of London, and the Genealogical Society of Utah. I hope he would be proud to see me as Vice President of UGA now.

My cousin Mark Carpenter put together a wonderful family reunion. The great thing about this reunion was that it was in th 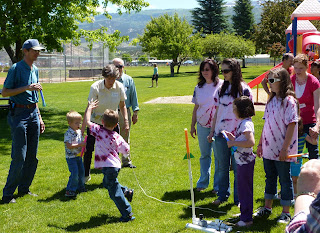 e small town where he settled and the place my Grandfather was born--Manti, Utah. I got to take my children to visit the places they lived and worked, and being a small town, things don't seem to have changed much. We went to the church my grandparents attended and had a nice picnic in the park. It was fun to watch the kids launch rockets with Mark's air compressor. Good to be able to get together with these cousins.


Then, just a couple of weeks ago, we got together with my mother's side of the 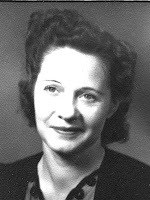 Schwendiman and Douglas Romney. Not as much family history going on there but more making family history. We got my Mom out on the tube behind the boat, and I've never seen her having such a great time. She was laughing and kept yelling "I'm having the time of my life." She was so cute.

I did have one fabulous family history find at this get together though. My mother showed us a video of her great-grandparents at a family reunion in Idaho in 1938. I had no idea she had it. Unbelieveable. It is so amazing to have video of your family this old. My great-grandmother's brother was in his 20s at the time and has always been interested in movies and videos--ended up selling for JVC as a career. So he recorded this movie, and then later transferred it to video with an audio he had of the brothers singing. Now we are digitizing it to distribute it further. (A good lesson in how important migration is. I don't know where I'd get an 8mm film projector now.) Here is a part of the video. I love how they are playing lawn hockey with suits on at the park. My great great grandfather is one of the men in suits. And the Swiss songs on the audio are so sweet. A little later in the video he has still pictures of them with audio of each of the brother's talking and telling stories from their lives. It is so amazing to hear your great great grandfather laughing. I'll let you know when we get all the pieces posted to youtube.
Posted by Janet Hovorka at 11:00 AM

Email ThisBlogThis!Share to TwitterShare to FacebookShare to Pinterest
Labels: archival, descendants, family reunions, Janet's genealogy, my life, passing it down