Hortense Carpenter: Stepping up to a challenge #ResilientRoots 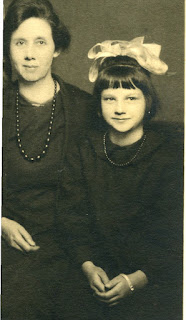 Hortense Snow was born April 25th in 1911.  She was the daughter of  Erastus Beaman Snow Jr. and Rosina Christina Gregerson.  Her mother grew up on a ranch with lots of books, was college educated and taught school before she married.  She loved literature and taught all of her children about the importance of an education.  She loved to travel, entertain and use the good china--all qualities she instilled in Hortense. 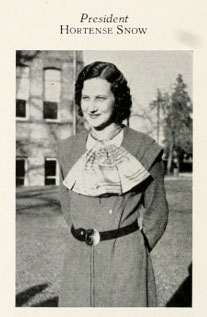 Rosina ran a dress shop in their town and Hortense was always impeccably dressed.  She learned to sew, play the piano and the clarinet, traveled and served a mission for her church.  After graduating from school and returning from the mission, one morning her mother came downstairs and said, ""Hortense, I've not slept all night. I have been worried about you. I don't think you should go to San Diego. You have said several times you might like to go to BYU. Get yourself ready and go on to college. I don't think you will find San Diego the same place now that your mission is over. I would like to keep you here to run the dress shop for me. I have considered selling you the business. I know you could manage the shop and do a good job, but I won't make an old maid, out of you." So Hortense packed up and left for college the next morning.


Hortense was nervous about going to school but she enjoyed her home economics classes and decided to major in that.  She was president of her sorority and had lots of friends and boyfriends.  When she was about to graduate in the sprint of 1934 her mother took ill and died in April.  Rosina insisted that she graduate and not come home to care for her or she might not graduate.  Hortense did graduate with her teaching credentials and accepted a job at a high school for a year before returning to take care of her father and the dress shop. 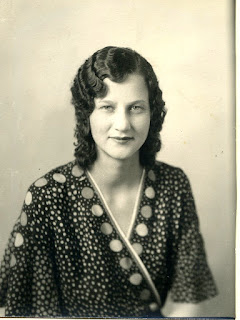 That fall, one of her teachers came to the shop to visit and encouraged her to go on with more school about consumer education and bookeeping to be better at managing the shop.  So Hortense left again after Christmas to continue her education.  There she met my Grandfather G. Alvin Carpenter.  After two years of writing letters, they married June 10th, 1938.  Hortense worked for the State Extension Staff as a clothing specialist until they married and moved to Reno Nevada. 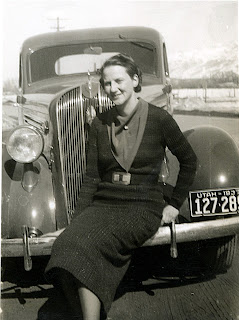 After stints with Alvin's job in Reno and Berkeley, CA, and getting his PhD at Cornell in New York, they settled in Logan, Utah and began to raise a family.  Hortense put her homemaking skills into her three children, Paul, Don and Colleen.   She was a wonderful mother and taught the children to be hard workers with a couple of acres of fruit trees, gardens. chickens and a horse.  Hortense canned and froze all of the vegetables and fruit that they raised.  She made sure the children all had piano, speech and art lessons.  During this time she finished her work on her MS degree except for the thesis.  She also renewed her teaching certificate.  Little did she know how valuable that would be soon in her life. 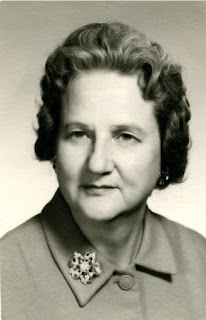 After 16 years in Logan, Alvin moved the family to work for the University of California at Berkeley in 1956.  Shortly after, Alvin was diagnosed with diabetes and Hortense became worried.  To quote her son Don, "She wanted to make sure she could support the family if necessary.  So she began as a substitute teacher and then accepted a full time position teaching home economics at Alhambra High School in Martinez California.  This proved to be a great blessing in her life.  Not only did the extra income help during the children's expensive college years, but it gave Hortense the added peace and assurance, increased self-confidence and new opportunities to serve others in ways that were rewarding and satisfying.  Having raised her own children, she felt more competent, and qualified to teach foods and nutrition, clothing, family finance, and family life than she ever felt as a young college graduate teaching home economics." 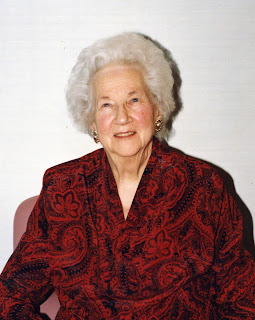 After 12 years of teaching, Hortense retired at the same time Alvin retired from UC Berkeley.  They moved to Provo, Utah to be closer to their grandchildren and Alvin worked for 10 more years as a part time faculty at BYU.  It was then that I got to spend most of my time with Grandma.  Each grandchild got to visit by themselves for a week and Grandma taught us how to sew, needlepoint, cook and we went for long walks in the mountains where she taught me the names of all the wildflowers. She organized summer sewing and home economics classes for the children in the neighborhood with her many sewing machines and the room she kept full of fabric. She made her granddaughters beautiful clothes and we had huge family dinners on Sundays and holidays. She loved to hear the piano recitals her grandchildren would perform and she used her many sets of china and dishes for entertaining.   She taught me that I was going to college, it was just a matter of which school I picked.  She knew that it was best for a woman to be prepared to have a career, even at a time when many women didn't.

I'm thankful for a grandmother who taught me so much about kindness, faith, and courage.  When she passed, 6 years after Alvin did on July 6, 1991, she left a great legacy of determination and drive that I draw on today.