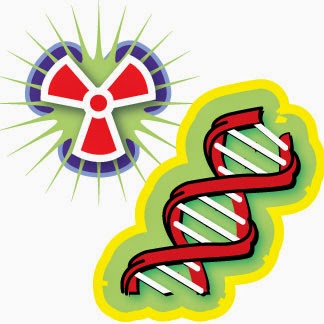 I was interviewed by Scott Fisher recently for his radio show Extreme Genes  and we talked about the research I have been doing on the intellectual benefits of studying our family history.  It is really fascinating stuff and I'd like to discuss it more in depth.  One of the studies I've been looking at was done in 2009 and published in 2010 by Peter Fischer, Anne Sauer, Claudia Vogrinic, and Silke Weisweiler titled "The Ancestor Effect: Thinking About Our Genetic Origin Enchances Intellectual Performance."  It covers several different aspects of "thinking about ancestors" and has different control groups, so I am going to break this up over a couple of posts in order to do the real science of it some justice.

The study itself looked at the Psychological Effects of Ancestor Salience, particularly the intellectual benefits.  Basically, does family history make you smarter?  In a nutshell, folks, yes it does.  The study was set up in four parts and performed with college age students.  In each aspect, the test subjects were asked, depending on their groups, to either think about an ancestor or not before being asked about their personal academic expectations or to perform in various intelligence tests, depending on what portion of the study they were working on.  The premise was to see if having a higher ancestor salience impacted intelligence positively.  I'm going to talk about each of the four tests, but today, I am only going to reference the first one.

In Study 1, the researchers wanted to see if higher academic expectations could be met through higher ancestor salience (def. of salient: very important or notable; jetting upward, and salience: the act of being salient;  a striking point or feature, highlight) and if that effect was mediated by an increased sense of control.  In this study, three groups were asked to think about three different things before being asked about their expectations on their performance in academic areas of their lives.  The first group was asked to think about their 15th century grandparents and to imagine, whether they knew who they were or not, what their day to day life might have been like, including their careers, living environment, their children, etc.  The second group was asked to do the same thing but with their great-grandparents.  The third group was asked to think about their most recent trip to the grocery store.  Each group had the instruction to think on the assigned topic until the experimenter gave them a sign, which was exactly five minutes for each group.  Upon completion of the tests the subjects' intellectual performance expectation was measured by three questions using the ranking system of 0 (the lowest) to 10 (the highest).  The questions included the following:
The amount of "perceived control" (also known as internal locus of control) of their lives was then measured on a scale of 0 (not at all) to 10 (very much) by the following question:
The test sample showed that those who thought about their ancestors (15th century or great-grandparents, didn't matter) had a significantly higher academic expectations for themselves, as well as a (marginally) higher sense of personal control than the control group.  Impressive, right?  But for those of us  in this field, are we surprised?  The general population jumped all over this study, and while it is groundbreaking, it's also extremely exciting to see the crossover of the benefits of genealogy that we're somewhat privy to over to the masses.

This idea of ancestor salience and being immersed in the importance and highlights of our ancestor's lives is such a critical one, especially for young people today.  And how much we know (a little or a lot) didn't adversely affect group one and two in this portion of the study.  Simply thinking about ancestors increased their personal expectations and sense of control in their lives.  That is a genetic superpower right there if I have ever seen one!  I put up a blog post over on Zap the Grandma Gap that will give you a fun idea of how to start incorporating this idea into your own life and pave the road for future children/grandchildren/great-grandchildren, etc.

My next post in this series will tackle the other three portions of the research that actually tested intelligence after the participants meditated on ancestors.  I'm sure you can guess the results but you'll have to come back and see for sure.