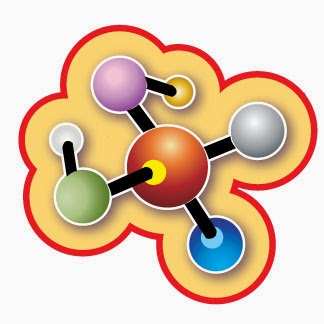 Earlier this week I talked about The Ancestor Effect study that I have been researching and the benefits that are available to those who think about their ancestors.  There were four parts to the study and on Monday I talked about Part 1 of the study, where the goal was to measure if just thinking of ancestors affected a person's academic performance and if that academic performance was actually increased by the greater sense of perceived control.  It turns out that the science stated yes in both cases.  Those in the ancestor salience (being immersed in your ancestor's lives) groups had higher academic and professional expectations as well an an increased internal locus of control.  Exciting stuff.

The purpose of Study 2 was to determine if ancestor salience increases actual intellectual performance and if that performance was created by more perceived control.  It turns out that because the perceived control of the ancestor salient groups across all four studies increased, the measured results were not reported in later studies.  Basically, the science says that ancestor salience improves the perceived personal control of those who practice it so that should simply be an assumed benefit from here on out.  Being immersed in your ancestors' lives gives you such a better sense of control over your own life.  Yeah, I've been saying that for years.

In Study 2, the final sample of thirty-one college age participants were divided into two groups.  The goal was to measure performance on a verbal task from the Wilde Intelligence Test 2 (WIT2; Kersting, Althoff, & Jager, 2008) where participants were asked to find a series of twenty-five verbal analogies.  Group 1 (ancestor salient group) were asked to spend five minutes building a family tree, while Group 2 (control group) were asked to remember their most recent shopping trip and then write a few sentences about it.  Afterwards, they were assessed on two levels.  1) Each participant was given four minutes to work on the assigned intelligence task.  2) Researchers measured the perceived sense of control on a scale of 0 (not at all) to 10 (definitely) for each participant in both groups.  To determine this, the following statements were presented to the test subjects:
As stated earlier, and not surprisingly, the subjects in Group 1 (ancestor salience) all had a significant increase in perceived control and as a result of that perceived control, attempted to solve more questions that Group 2 (control).  Group 1 answered more questions correctly than Group 2.  However, it was determined that this sense of control did not directly correlate with overall intelligence performance.  It was determined that Group 1 answered more questions correctly because they attempted more questions than Group 2.

This finding is extremely exciting and the untapped potential for improved intellectual performance is enough to make a parent giddy for the opportunity that it presents for their children.  The intellectual performance increased as a result of increased personal confidence.  In my last post, I talked about how this increased sense of personal control is a "genetic superpower" of sorts.  Every person on this planet wants improved intellect and more confidence and to see that it is as easily accessible as building a family tree is pretty astounding.  Can you imagine the academic benefits for your children as a result of incorporating family history into their extra-curricular activities?  What about better performance in your career and being able to pick up a new skill more easily?  Can you see how this could be useful as you continue to learn new things and participate in new hobbies throughout your life?  It's profound information that really is a game-changer for us genealogists.  The idea that we have the ability to tap into this resource is an exciting one.  We, and our families, can benefit from this new understanding.

How does this information alter the way you approach your own family history research?  Have you had an experience with something like this in your own life, or in the lives of a friend or family member?  It's definitely food for thought and I believe this information needs to be recognized in our general culture.  The value of genealogy needs to shift among the general population.  How do you think it will affect not only genealogists, but most people in general?