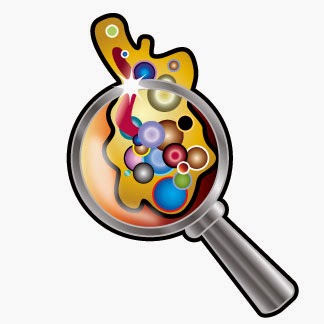 I have loved hearing the feedback from so many of you via email and Facebook about this research I've been discussing with you.  Thank you for letting me know how you feel and by all means, please keep your thoughts coming my way!  As I have mentioned in the previous two posts in this series (here and here), The Ancestor Effect is pretty amazing.  Today I want to tackle Study 3 (out of four).  As a quick recap though, let's review the first two studies.  Study 1 determined how ancestor salience (the act of being immersed in your ancestor's lives) affects a person's personal expectations (academic/professional) as well as how it affects a person's perception of personal control (aka: internal locus of control).  As we discussed, positives all around.  Study 2 focused more on how ancestor salience affects a person's intellectual response to an intelligence test.  It turns out it affected things positively but not in a way that most people would think.  The ancestor salience group answered more questions correctly not necessarily because their intelligence was raised, but rather because they attempted to answer more questions than the control group.  The researchers determined this was a direct result of a higher sense of personal control within the ancestor salience group.  They had more courage and security within themselves to attempt more questions in their allotted test time.  Powerful, right?

That brings us to Study 3.  This one is extremely interesting because the researchers decided that they wanted to see if The Ancestor Effect was actually a result of thinking about people you like, or feel some sense of personal connection with.  If you remember, the control group in the first two studies were instructed to think about recent shopping trips, as opposed to thinking of ancestors.  The goal in Study 3 was to see if there was a difference in results when the test subjects thought about people, across the board.  The set-up involved three separate groups again, with a total of 41 final participants.  The ancestor salience groups were again instructed to think about either 15th century ancestors or a living ancestor (parents or grandparents).  The control group was assigned to think of a close friend.  All groups were instructed to "think hard about these people" and then to write an essay about the person/people that included everything that came to mind.  After this was completed, each group was given three minutes to work on 16 items taken from the WIT for conclusive thinking (Kersting, et al., 2008), where they had to correctly recognize geometric figures and mirror images.

(Remember, as stated in Study 2, the researchers knew that the ancestor salience groups would have a higher sense of personal control, so even though they measured this after the test, they did not bother to report it in their findings.  The results were the same across all four studies: improved internal locus of control).

So, Study 2 determines that the higher scores were a result of more questions attempted and Study 3 determines that the actual intellectual result is what improved.  Either way, two very profound findings that determine the academic and personal benefits of ancestor salience.  Dear Parents, here is your scientifically proven evidence for why your children need family history as part of their extra-curricular activities.  And the next time your teenager wants the keys to the car to hang out with friends instead of spending time with the grandparents (or you), you can show them this and remind them that family time will help improve those ACT and SAT scores, without the extra studying.  Shall we all have a little family historian dance party to celebrate?  Go ahead, I'll wait. :)

So in the end, as important as personal relationships of all kinds are, the family ones have the greatest impact on our emotional and intellectual health.  I can't say it enough, but this is a superpower.  An easily accessible one that doesn't require exposure to radioactive materials or being dropped in a vat of acid or some crazy comic book scenario.  It's real and it's right here in front of us.  Every single one of us can access this power and have it influence our lives for the better.  Even if you have a stubborn child or friend who says that family history just isn't their "thing" or it isn't the "right season of their life for it," show them this.  I don't know how anyone can turn away the overwhelming benefits that simply immersing ourselves in our family history can bring us.  And it all starts with our thought process.  These results were being found after just a few minutes of thinking and writing about an ancestor.  Can you imagine what regular study and research could do for us?  It's life-changing.  And finally our community has the science to back up the importance of genealogy.  It's up to us to share these benefits and get the word out there.  We need to break this open across our community (and the general population).  Family History can literally change the world.